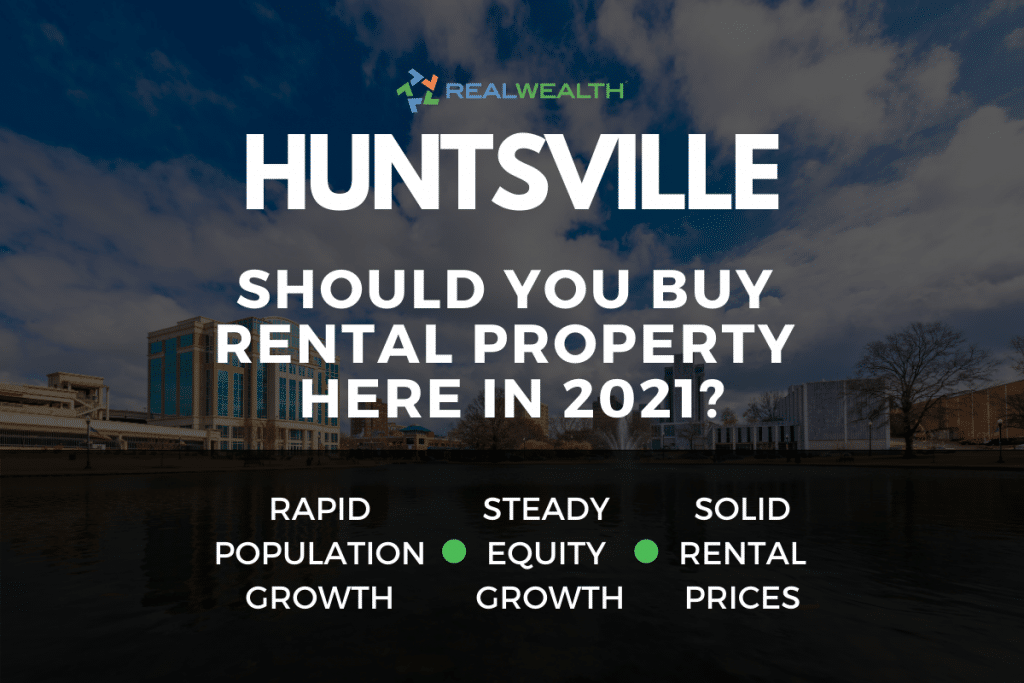 Interested in investing in the Huntsville real estate market in 2021? On this page you’ll learn about housing market trends and statistics to help you make that decision.

The fourth-largest city in Alabama, Huntsville is just a 90-mile drive on the I-65 heading north from Birmingham. Founded in 1811, Huntsville is known for its rich Southern heritage and a legacy of space missions. Huntsville actually earned the nickname “The Rocket City” during the 1960s when the Saturn V rocket was developed at Marshall Space Flight Center, which later made it possible for Neil Armstrong and Buzz Aldrin to walk on the moon.

Today, Huntsville is one of the most well known cities in the Southeast part of the country. USA Today touted Huntsville as “one of the top communities leading the economic recovery,” while Money magazine named it “one of the nation’s most affordable cities.”

Huntsville is well known for its technology, space, and defense industries. The top employer is the military with over 31,000 jobs at Redstone Arsenal. NASA Marshall Space Flight Center is the next largest employer. The city is also home to several Fortune 500 companies, which provide a broad base of manufacturing, retail, and service industries to the area. 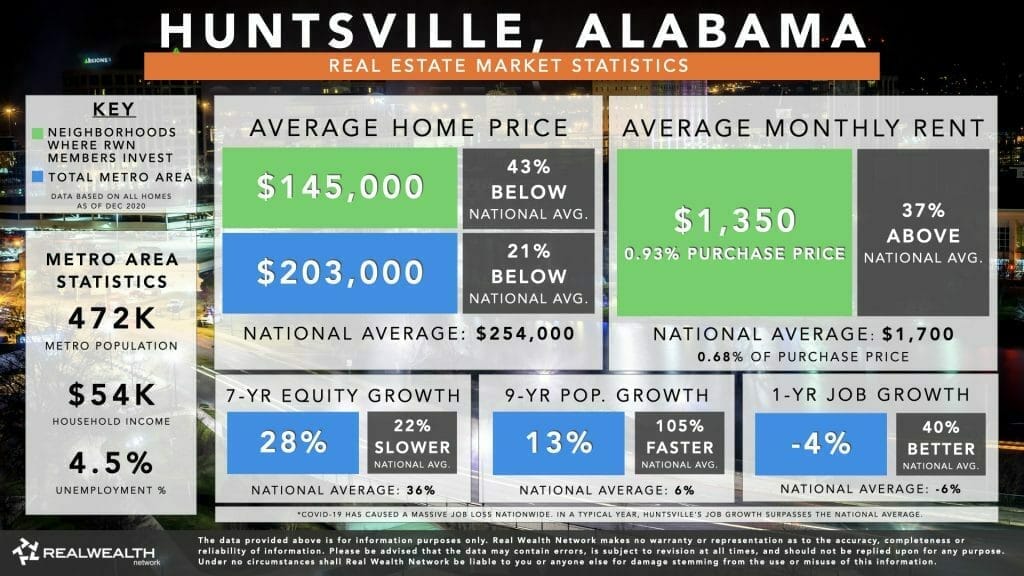 In this section, you’ll learn about the top factors that make Huntsville one of the most popular real estate markets to invest in today, including affordable home prices, cash flow, population growth, and job growth. Explore Huntsville’s housing market, population, and employment trends in the tabs to learn more.

Property values in Huntsville are much lower than many other real estate markets in the United States today. 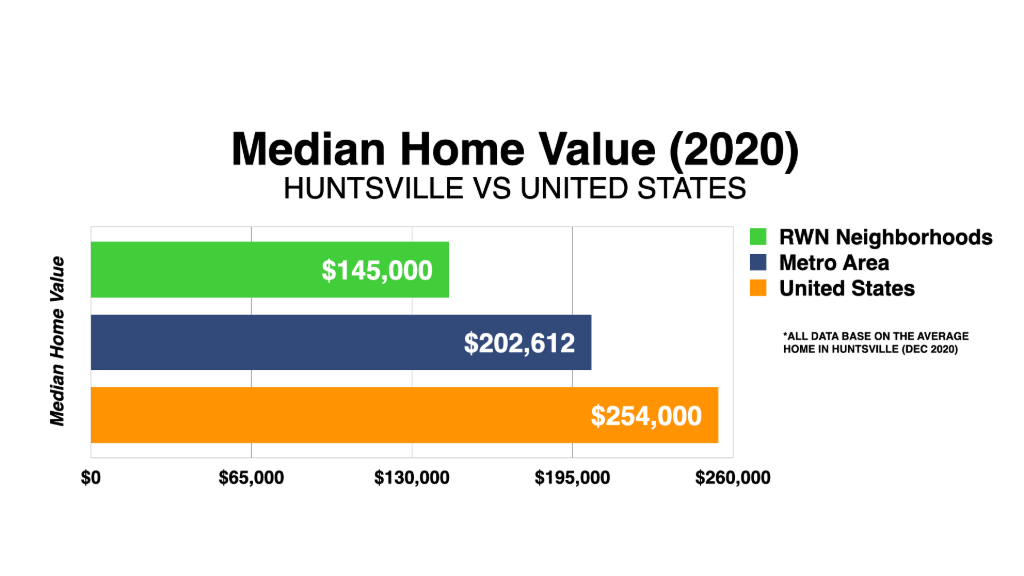 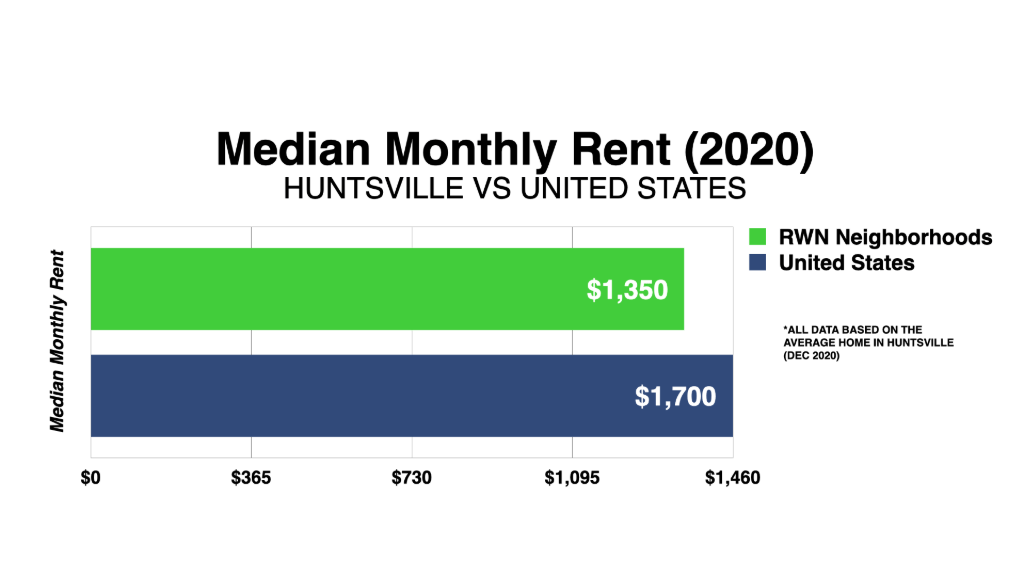 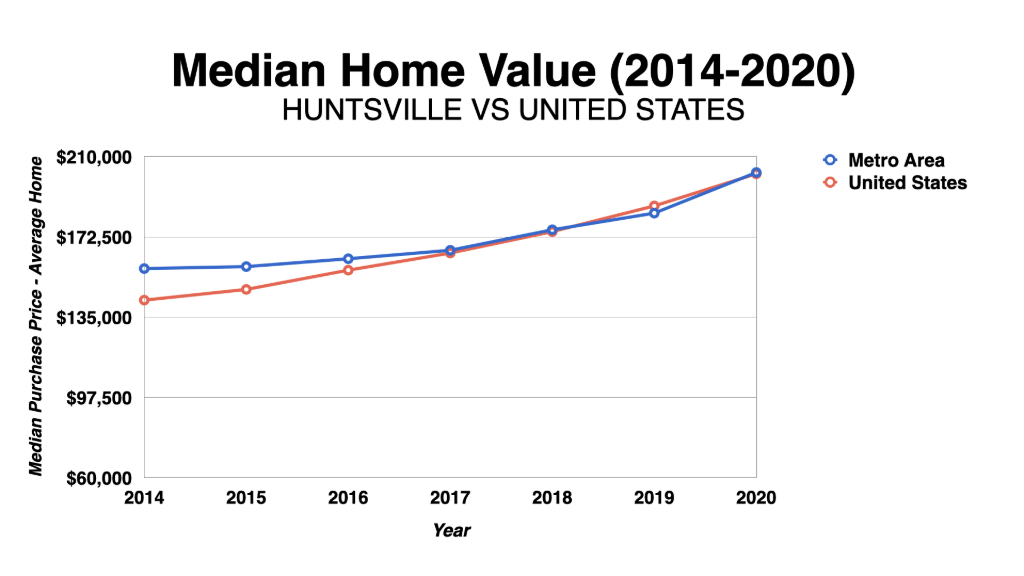 People are moving to Huntsville at a higher rate than many other cities across the nation. 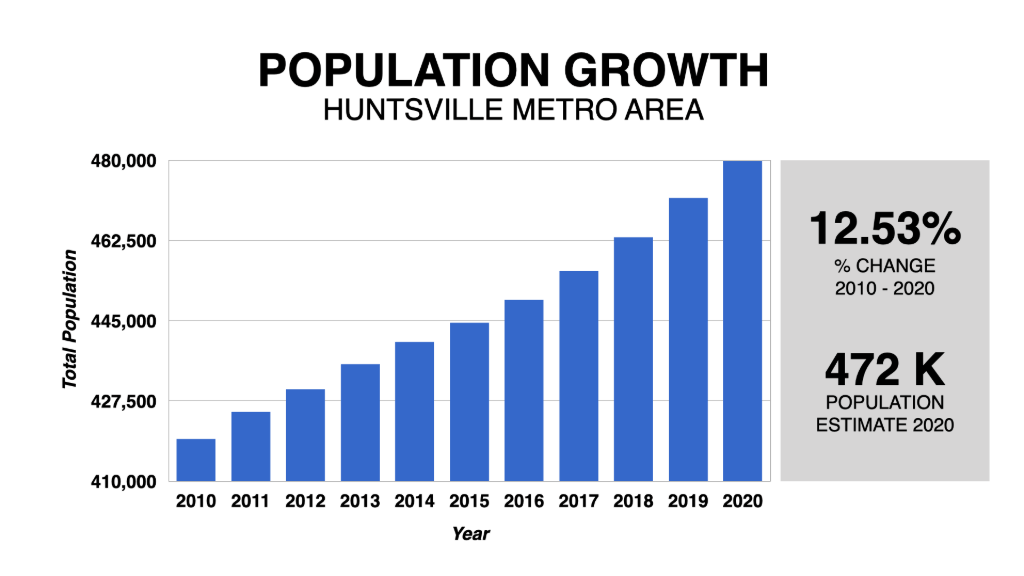 Huntsville has been creating jobs at a faster rate than other U.S. cities. 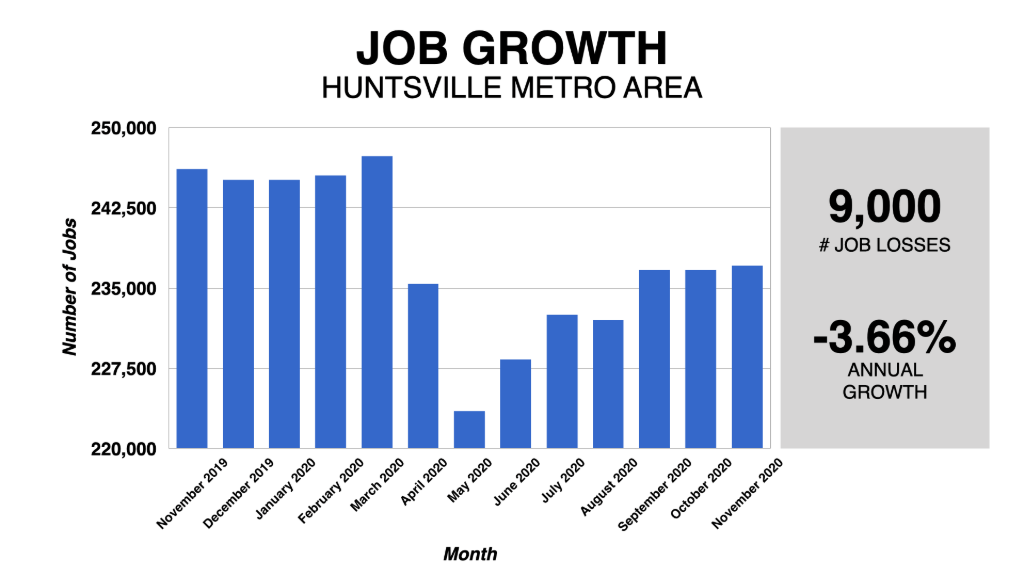