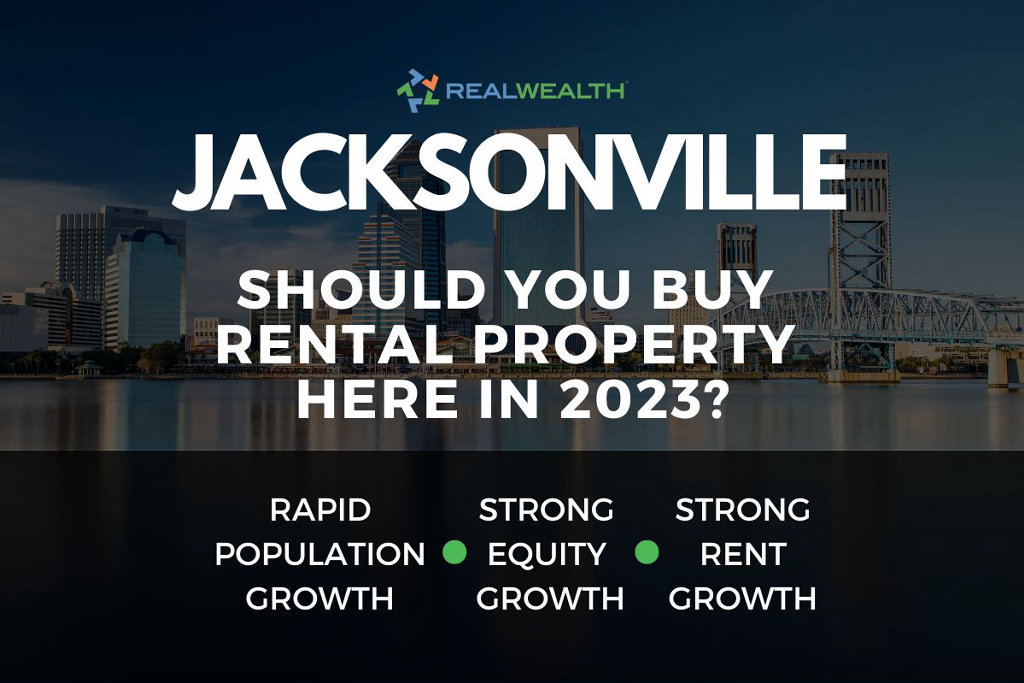 Interested in investing in the Jacksonville real estate market in 2023? On this page you’ll learn about housing market trends and statistics to help you make that decision.

Jacksonville is the largest city in Florida, and the third largest city by area in the contiguous United States. It is home to over 900,000 people and serves as the county seat of Duval County.

Jacksonville’s location on Florida’s Atlantic coast makes it a popular destination for tourists, who come to visit its beaches and world-class golf courses. The city boasts numerous military bases as well as an international trade seaport.

In the past decade, Jacksonville has seen an influx of businesses and has become a center for healthcare, bioscience and technology. In fact, Jacksonville has been consistently ranked as one of the best cities for real estate investors. This is because of a combination of low prices, high rental rates and high appreciation rates. 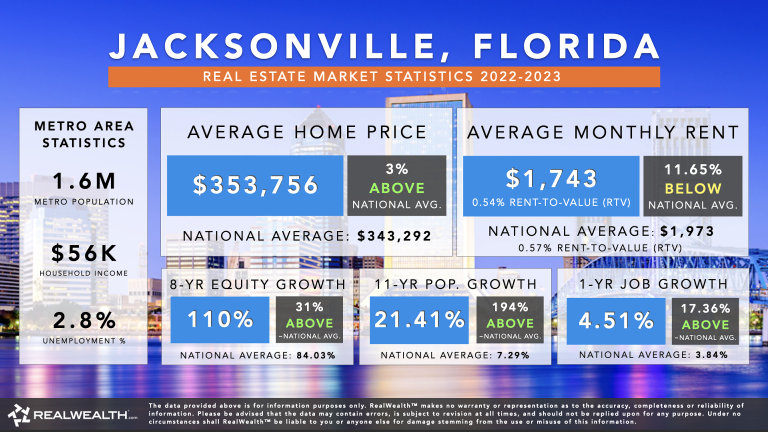 In Jacksonville, rising home prices have slowed somewhat. Still, the average price for a home is not expected to fall anytime soon, which has many hopeful homeowners resigned to renting for the time being. 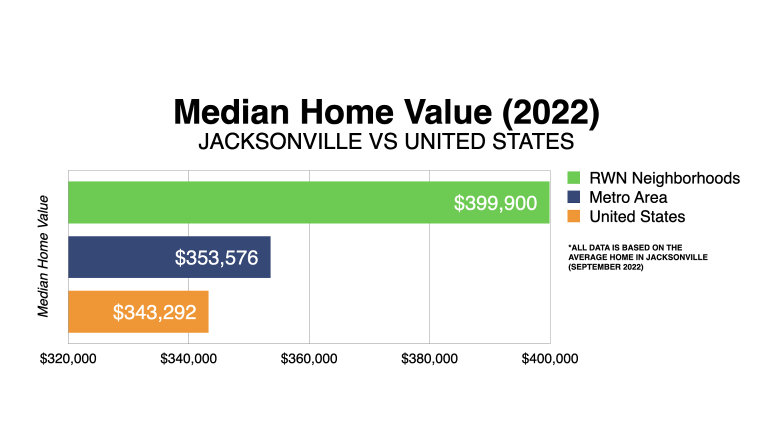 The median home price in Jacksonville is 3% higher than the national median.

The Jacksonville real estate market has moderate competitiveness, with a Redfin Compete score of 55. Homes spend an average of 32 days on the market before they’re sold.

RealWealth members paid a median price of $399,900 for homes in Jacksonville in 2022. This includes both the cost of new construction and resales. 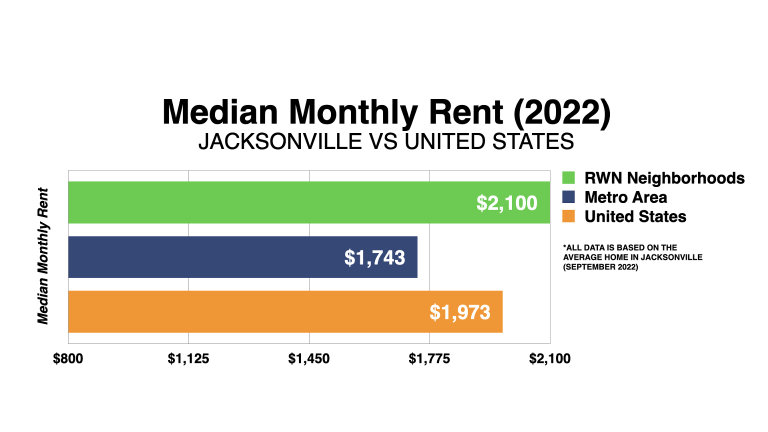 In 2022, the average monthly rent for an apartment in Jacksonville is $1,743. This is almost 12% lower than the average rent in the United States.

In Jacksonville neighborhoods where Realwealth members invest, the average monthly rent is $2,100. The price-to-rent ratio in Jacksonville is 17, indicating that it is more affordable to rent than to buy a home. And this is why 44% of households in Jacksonville rent their homes.

The high rates of home appreciation in Jacksonville make it difficult to find cash-flowing properties; however, investors can still find these properties and also take advantage of strong appreciation rates. 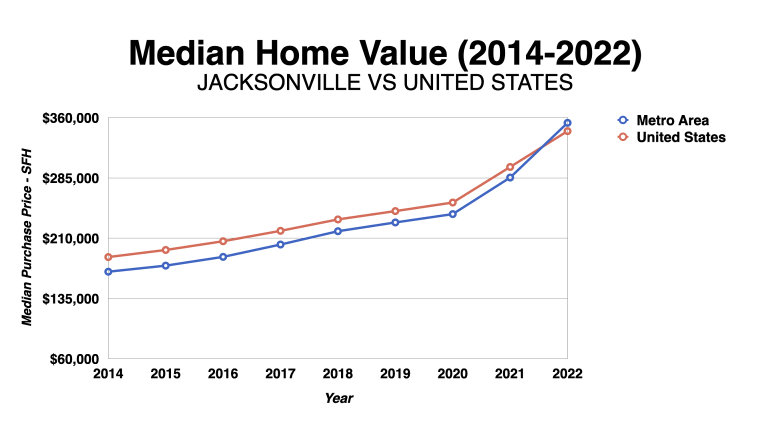 In the last 8 years, Jacksonville real estate appreciation rates have remained among the highest in the country at 110%. The average price of real estate in Jacksonville increased by 11.19 percent each year from 2014-2021. From July 2021 to July 2022, Jacksonville home prices rose by 23.8%. 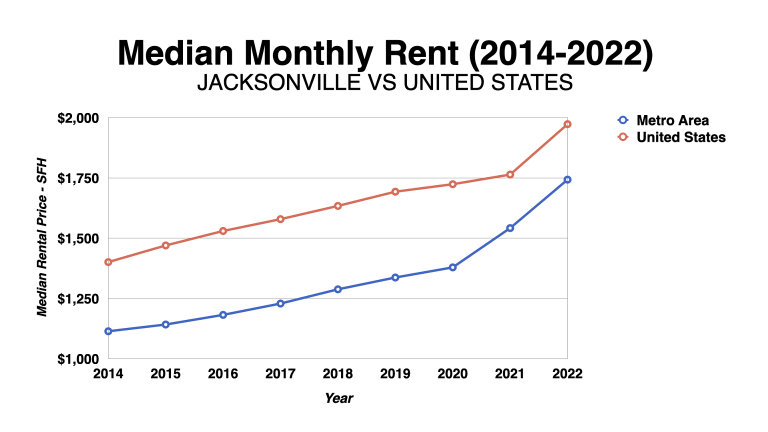 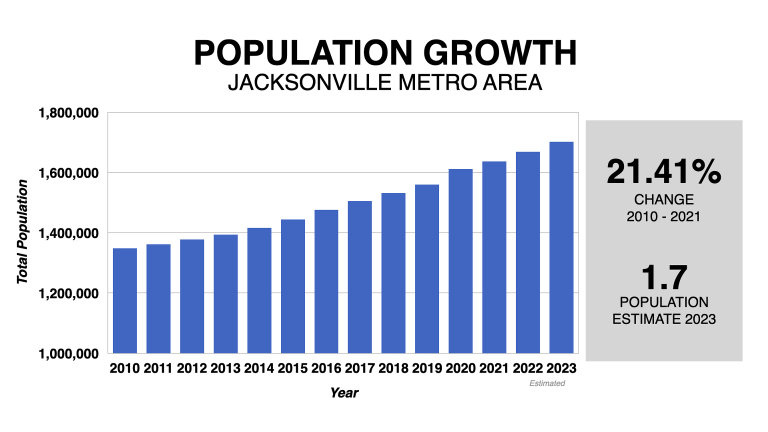 The Jacksonville area is experiencing a population boom. According to the most recent census, the metro’s population is 1.637 million. This number has grown by 21.4% from 2010 to 2021, much higher than the United States’ average of 7.29%.

Jacksonville’s population growth rate over the past 11 years has been an average of 1.96%. As Jacksonville grows, so does its job market, making it an ideal location for real estate investors looking to take advantage of this growth in housing demand.

In the Jacksonville metro area, the population is projected to grow from 1.7 million in 2022 to 2.5 million in 2060—a 52.9% increase—making it 39th among all 384 U.S. metro areas in terms of projected growth rate over this period. 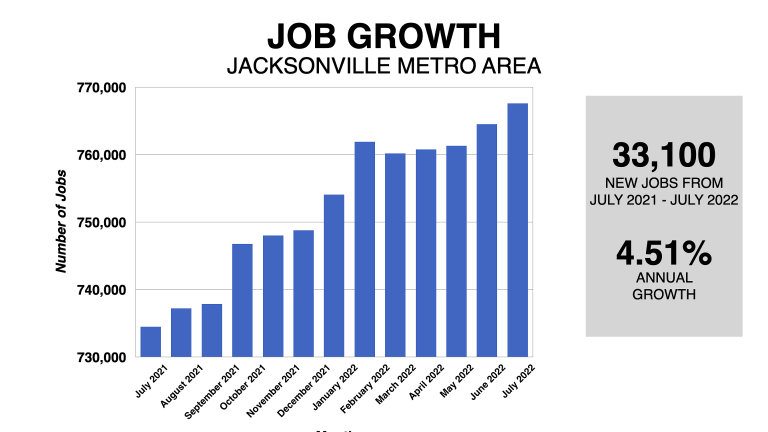 Jacksonville’s robust population growth is fueling home price appreciation. In fact, Jacksonville home prices have more than doubled in the last 8 years, with a 110% gain. According to Zillow, Jacksonville is second in the nation for hottest housing markets in 2022, with Tampa taking the top spot.

In the past decade, Jacksonville has experienced a population boom that is nearly 200% percent higher than the national average. Between 2010 to 2021, Jacksonville grew by 21.4%. And this growth isn’t stopping any time soon. The University of Florida’s economic research bureau predicts that Jacksonville’s population will continue to grow for the next ten years, adding another 800,000 residents.

Jacksonville ranks fifth on a list of the best U.S. cities to buy a rental property, according to Stessa. Housing prices have risen twice as fast as rents in Jacksonville, fueling demand for rental properties and helping create an attractive investment opportunity.

Currently, 44% of households in Jacksonville rent their homes, and this number is expected to increase in the near future.

Jacksonville’s overall quality of life rating is 178.95 based on Numbeo ratings, with a very high purchasing power index and a moderate safety index. The city is located 45 minutes from Orlando, 60 minutes from Atlanta, and 2 hours 15 minutes from New York City by plane.

US News & World Report ranked Jacksonville 24 out of 150 metros on its list of best places to live based on an analysis of factors including quality of life and job market.

Jacksonville is one of the fastest-growing cities in Florida, and that trend will continue for years to come.

A strong population growth rate means more people will need homes, which would lead to increased demand for single family and multifamily homes. In Jacksonville, housing starts increased from 14,687 in 2019 to 22,738 in 2021, a 54.8% increase within 2 years. This suggests that real estate investors and developers in Jacksonville are optimistic about the future of the local housing market.

In January 2021, the DIA (Downtown Investment Authority) released a Request for Proposal to select firms who would compete to design a public space in the downtown waterfront area, now dubbed Riverfront Plaza.

After a seven-month process, during which it solicited feedback from the public and presented three outstanding designs, Perkins&Will’s design team was named the winner of the Riverfront Plaza Design Competition.

The park will include a flexible multipurpose lawn, destination playground, pedestrian ramp from the Main Street Bridge, beer garden and water feature.

The Downtown Investment Authority also recently approved a multimillion-dollar development on the site of the former Jacksonville Landing that will be developed by New York-based American Lions LLC.

The project will receive nearly $36 million in incentives and a $27.5 million construction loan from the city according to a term sheet from DIA.

The LaVilla Phase, which begins with Park Street, is scheduled to be completed in 2022.

The Hardwick at the Ford

The project is named for local architect Taylor Hardwick, who designed the Haydon Burns Library and Friendship Fountain.

The plans for 330 E. Bay Street include residential apartments in a “19- to 20-story tower” as well as retail and restaurant space on both the riverfront and along the Bay Street corridor.

Fuqua Development of Atlanta and TriBridge Residential LLC have proposed a $182.2 million apartment and retail project on the former Florida Times-Union campus along the St. Johns River in Brooklyn.

For Phase 1 of the project, Fuqua Development plans to build 271 apartment units, 39,256 square feet of retail space, and a riverfront restaurant on the 18.84-acre site.

Phase II of One Riverside would include two mixed-use buildings along the restored creek, with about 15,000 square feet of retail space; a riverfront restaurant; a multifamily residential building with 125 units; and parking. The second phase would not break ground until at least 2025.

Four Seasons hotel and residences at the Downtown Shipyards

Jacksonville’s City Council recently approved Jaguar owner Shad Khan’s four-year quest to bring a Four Seasons Hotel to downtown Jacksonville on the St. Johns River, with $114 million in taxpayer support. The development agreement stipulates that Iguana Investments, owned by Khan, must spend at least $301 million in private financing for the five-star development that will contain about 176 hotel rooms, 25 luxury condominiums and a six-story Class A office building. 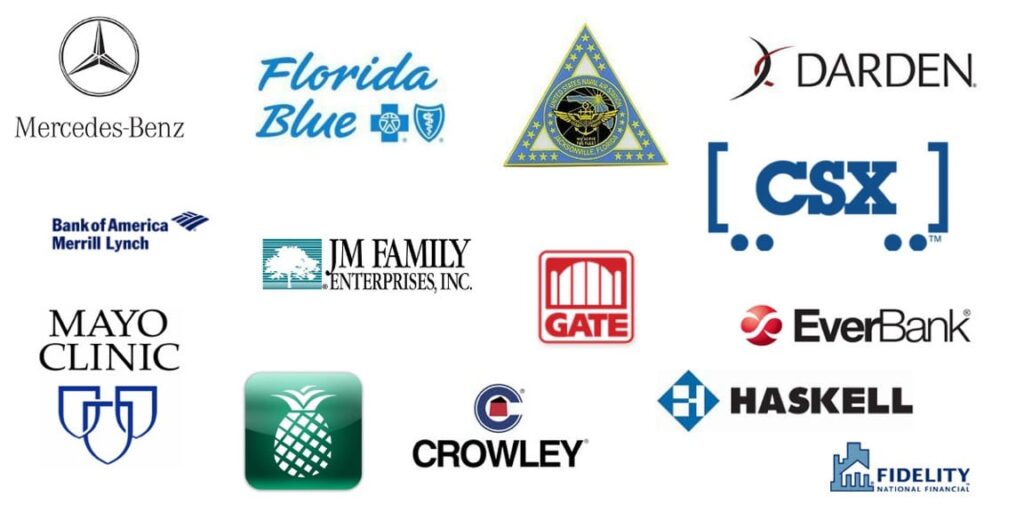