What is a Recession & When is the Next One?

Home » Learning » What is a Recession & When is the Next One?

Summary: In this article, we will answer the question, “What is a recession?” Topics also include causes of a recession and the five key indicators to look at, the difference between a recession vs depression and will there be a recession in 2021? Read on to learn more.

Wondering when the  next recession will hit? You’re not alone. A lot of people today are asking the same questions. Unfortunately, we can’t see the future. What we can do is learn from the past. In this article we’ll take a look back at what happened in 2008. We’ll also highlight five recession indicators, how these indicators impact the economy and help us predict when the next recession will occur.

Remember that recessions are a necessary part of the ever-expanding and contracting economic cycle. A recession can be a planning opportunity for consumers and investors alike. Regardless of when the next recession will hit, there are ways to prepare for the economy in 2021 and beyond.

What is a Recession?

A recession is when the economy declines significantly for at least six months. A drop in the following five economic indicators occurs during a recession: 1) real gross domestic product, 2) income, 3) employment, 4) manufacturing, and 5) retail sales.

As defined by the National Bureau of Economic Research, a recession is “a period of falling economic activity spread across the economy, lasting more than a few months.” The NBER indicates the start and stop of recessions and is the national source for measuring stages of the economic cycle.

Rather than basing a recession strictly off numbers, the NBER relies on skill, expertise and judgement. As the official arbiter of economic growth and decline, economic leaders and Nobel Prize winners make up NBER’s board, with more than 1,300 economists and business professors who perform its research.

Professor of economics at the University of Michigan and former member of the White House Council of Economic Advisers, Betsey Stevenson explains, “Recessions come in all shapes and sizes. Some are long, some are short. Some create lasting damage, while some are quickly forgotten. And some touch virtually all parts of the economy, while others are more targeted.”

When economic growth returns, this indicates the end of a recession. However, if often takes some time for the bureau and society to recognize it.

What Causes a Recession?

Recessions can be triggered by shrinking businesses, a cluster of business errors coming to fruition simultaneously or inflation. Because a recession isn’t caused by one single indicator, but a culmination of indicators, it’s important to understand how one impacts another.

Inflation can occur with increased production costs, higher energy costs and national debt. When inflation rates are high, it affects the overall spending of consumers and businesses. People tend to cut down on “leisure” spending, spend less overall and start to save more.

With consumers and businesses cutting expenses and trimming costs, GDP begins to drop and unemployment rates go up. A combination of these factors creates a domino effect and can cause the economy to drop into a recession.

The best way to know what causes a recession is by understanding the five recession indicators and how their performance affects all other indicators.

Experts refer to five economic indicators when determining the overall health of the national economy.

The GDP is the most important indicator of a recession. Real Gross Domestic Product refers to everything produced or made by businesses and individuals in the United States, not including inflation.

If a GDP growth rate turns negative, this may be an indicator of a recession. However, growth may be negative throughout one quarter and bounce back to positive during the next quarter.

Because it’s difficult to determine a recession based on GDP alone, NBER measures monthly indicators. When each of these indicators declines, so will GDP.

Real personal income is adjusted for inflation and does not include transfer payments like Social Security and welfare. A decrease in personal income is a result of businesses reacting or adapting to a changing economic climate in order to remain profitable, or just to stay afloat. One of the first things a company is going to do in order to save money is to lay off employees or cut their pay. When real income goes down, so do consumer purchases and demand, while unemployment rates go up.

Monthly job reports, also called “Employment Situation Summary” and “Non-Farm Payroll Report” are used to measure employment health. The data in these reports is gathered and released by the Bureau of Labor Statistics at the beginning of each month.

Not only is the Employment Situation Summary the first report released every month, it’s the most comprehensive and credible, making employment a key economic indicator. The report also includes the unemployment rate for the month.

Additionally, the Department of Labor provides a weekly jobless claims report. This report measures the number of claims for unemployment benefits from each state. The information in this report is valuable because 1) it provides an indication of trends (an increase or decrease of unemployed), and 2) it’s released weekly, which provides a more frequent indicator of trends in between monthly job reports.

As noted above, an inflated economy can result in a rise in unemployment rates as businesses lay off workers in order to reduce costs.

With U.S. manufacturing owning the largest chunk of the global industry, producing 18% of the world’s goods, it’s easy to see how important it is to the economy. A critical part of gross domestic product (GDP), manufactured goods make up half of U.S. exports, adding tons of value to the overall economy.

The Industrial Production Report measures the health of the manufacturing industry. Manufacturing in the U.S. refers to a process that is physical, mechanical, or chemical, transforming raw materials into new products.

For every dollar spent in manufacturing, $1.89 is added to growth in other industries, including transportation, retail, and business services. Which leads us to our next recession indicator…

Retail sales is the purchase of finished goods and services by consumers and businesses. The supply chain contains four links starting with the goods producer and ending with the retailer:

The retail sales report is also released monthly by the U.S. Census Bureau and measures the U.S. retail industry. The report shows total sales, percent change and change in year-over-year sales. Keep in mind that the report is not adjusted for inflation and may be misleading depending on the time of year and consumer demand.

For instance, gas and oil prices generally increase in the spring and summer, with people going on trips and driving more. This causes a jump in retail sales during these months, and then a sudden drop in the fall.

Retail sales show us how much demand there is for consumer goods. Consumer spending makes up nearly 70 percent of total U.S. economic output. This makes wholesale/retail sales a critical indicator of overall economic health.

While a recession can turn into a depression, there’s a notable difference between the two. As mentioned, a recession occurs when the economy contracts or drops for two or more quarters (six months). A depression, on the other hand, will last several years.

For example, unemployment can rise to 10% during a recession. During the Great Depression (from 1929 to 1939), unemployment peaked at 25%.

Are There Any Benefits of a Recession?

The one major benefit of a recession is that it cures inflation. When inflation is too high, the Feds will usually increase interest rates, in an attempt to slow down the economy and lower inflation. Keeping inflation low benefits everyone.

A Recession is Always Followed By a Recovery

While we may not be able to predict exactly when the next recession will occur, we do know that it’s always followed by a recovery. That recovery includes a strong stock market comeback.

The last Great Recession ended in 2009, after devastating the investments of a massive amount of people. Had the majority not panicked and held onto these investments, they would have seen a full recovery, plus an increase in value. The best way to weather a recession is to put your money into long-term investments, as the economy will eventually even out.

The first sign of an imminent recession comes from a drop in one of the five leading economic indicators. Thus creating a snowball effect for the other key indicators. 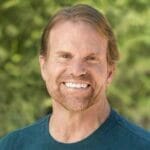