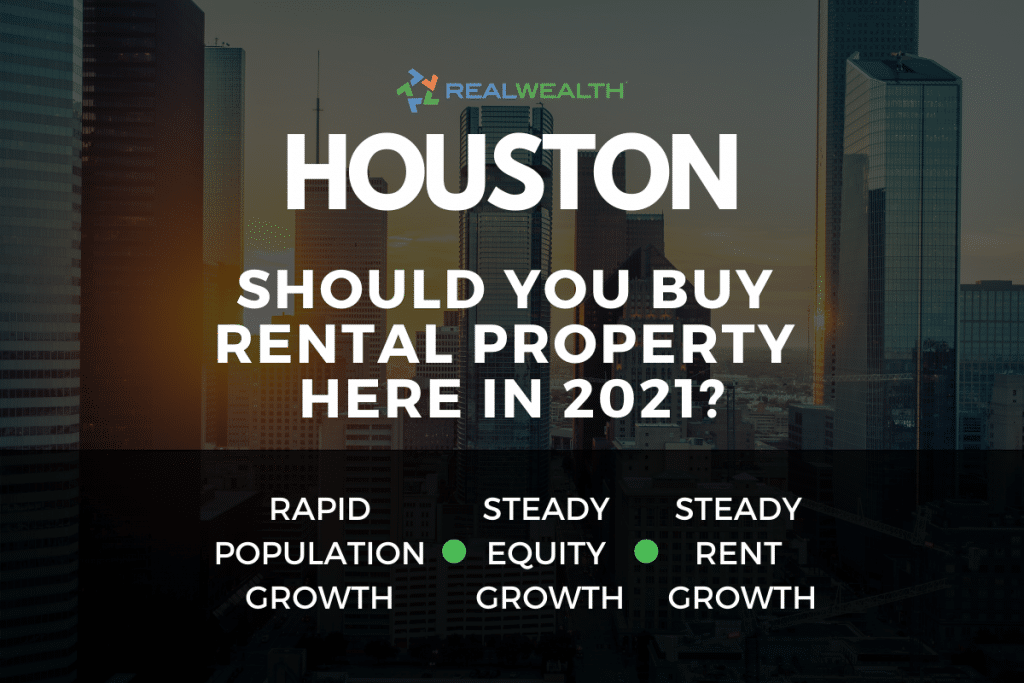 Interested in investing in the Houston real estate market in 2021? On this page you’ll learn about housing market trends and statistics to help you make that decision.

Located in Southeast Texas, near the Gulf of Mexico, Houston is the most populous city in Texas, the fourth most populous city in the nation, and the seat of Harris County. At 655 square miles, the city of Houston could contain the cities of New York, Washington, Boston, San Francisco, Seattle, Minneapolis and Miami.

Nicknamed the “Space City,” Houston is a global city, with a broad industrial base in energy, manufacturing, aeronautics, and transportation.

The Port of Houston ranks first in the United States in international waterborne tonnage (weight in tons) handled, and second in total cargo tonnage handled. There are 26 Fortune 500 companies headquartered in Houston, including: Conoco Phillips, Marathon Oil, Sysco, Apache, Halliburton, and many more.

Houston is also home to 49 Fortune 1000 companies, which is the second largest concentration of any other city in the country, behind only New York with 72. In addition, the largest medical center in the world, The Texas Medical Center, is located in Houston and gets an average of 7.2 million visitors per year. To date, there have been more heart surgeries performed here than anywhere else in the world. 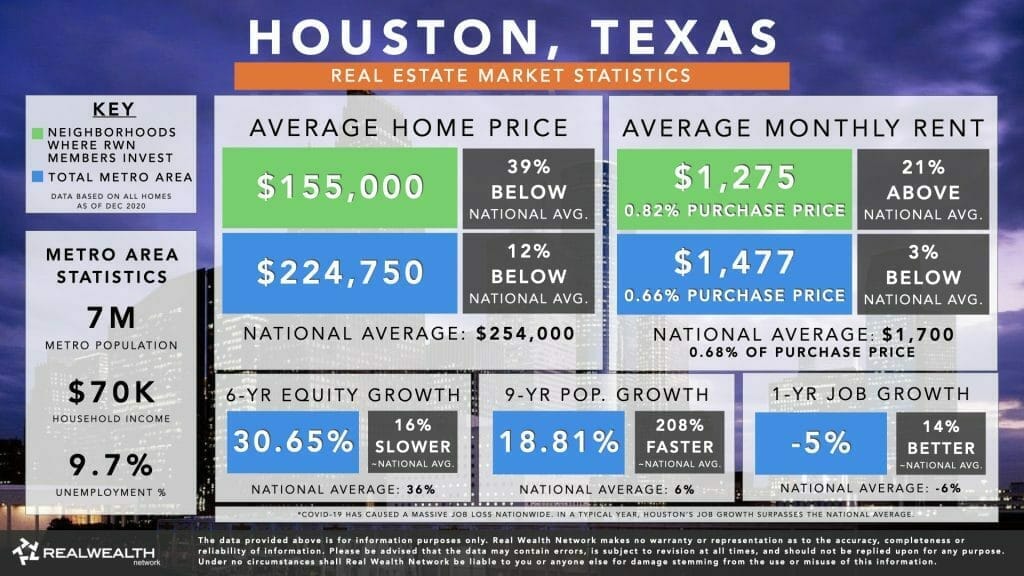 In this section, you’ll learn about the top factors that make the Houston housing market one of the strongest today, including: affordability, cash flow, and equity growth potential. Explore Houston’s housing market, population, and employment trends in the tabs to learn more.

The Houston housing market is more affordable than many other U.S. markets today. 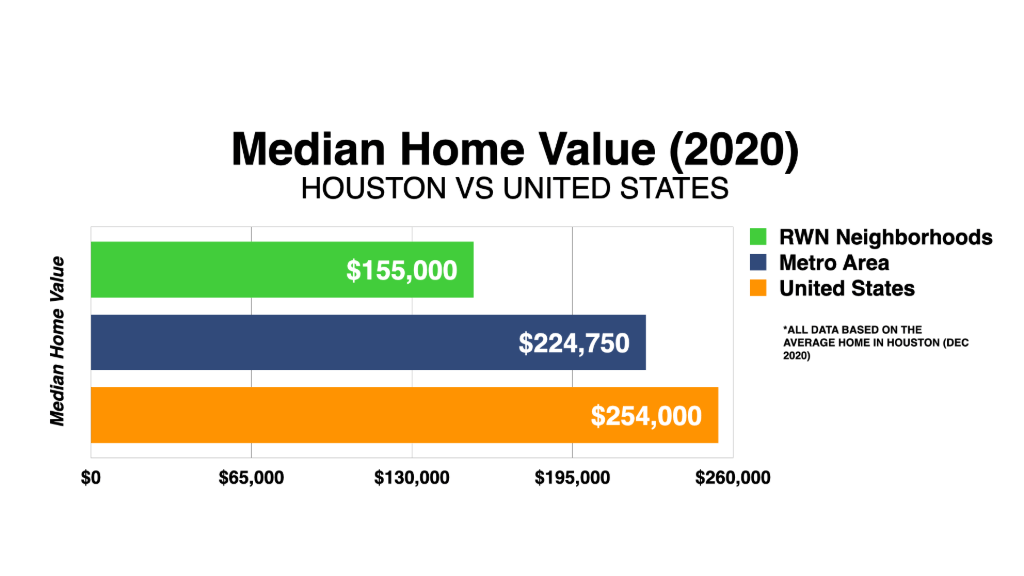 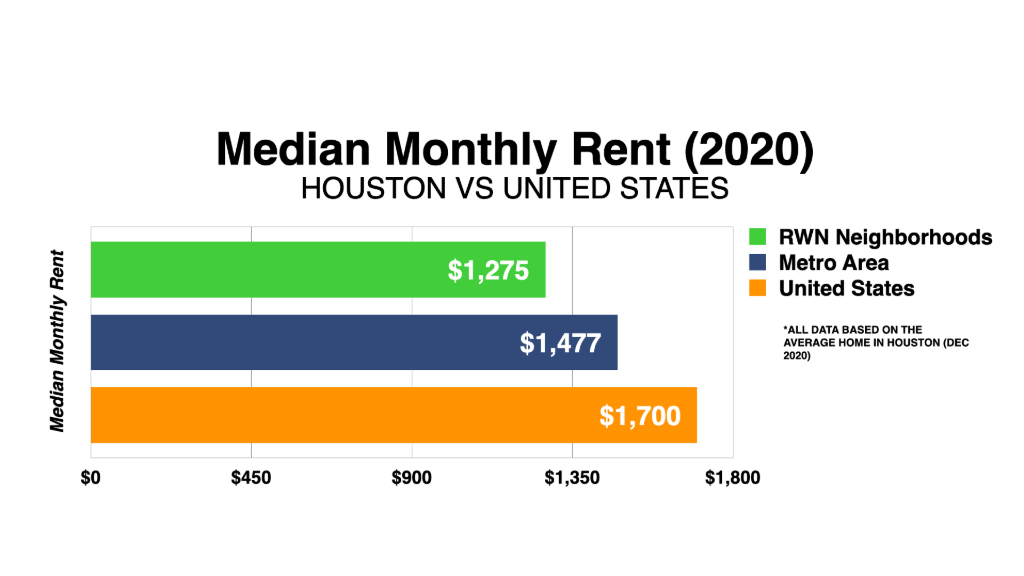 Houston home values have been rising at a steady rate. 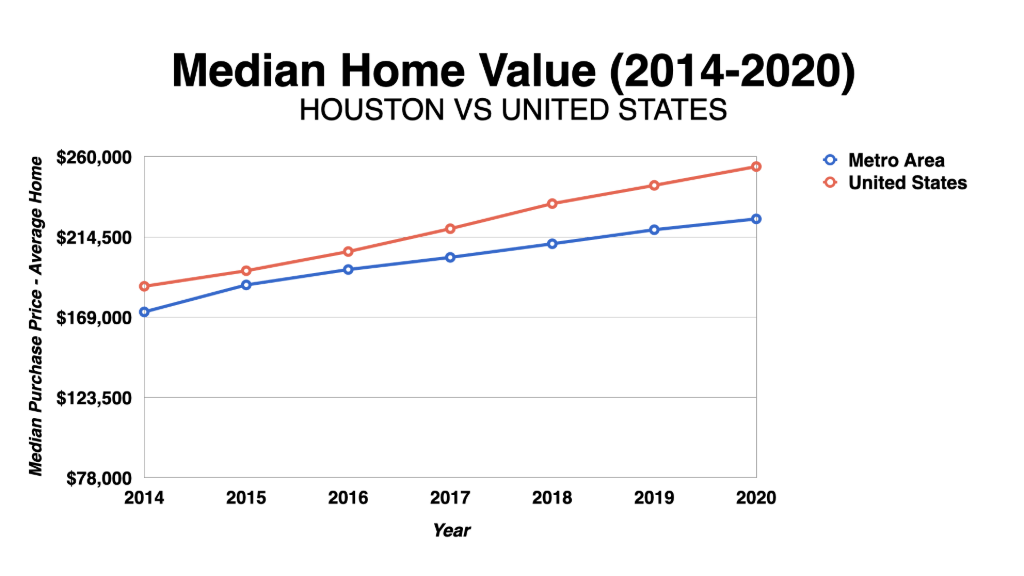 Houston rents have been rising slowly, but steadily. 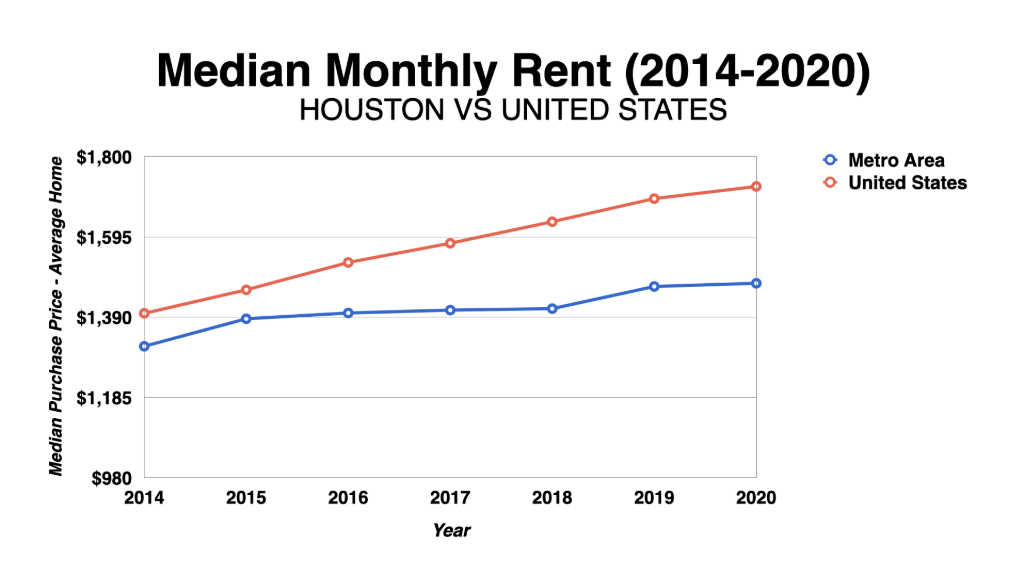 Houston’s population has been growing faster than the national average. 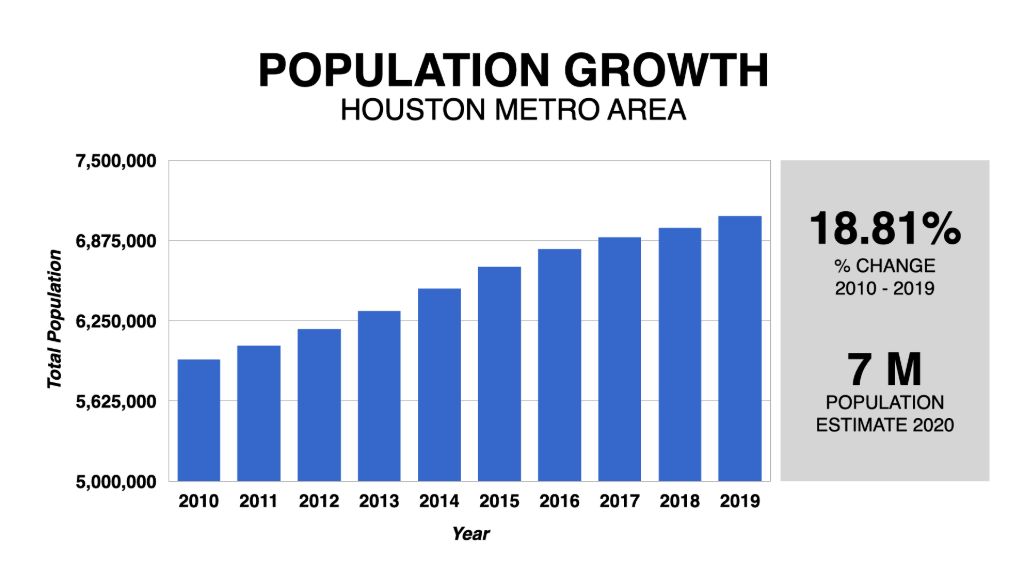 The Houston real estate market is creating more jobs than many other U.S. cities today 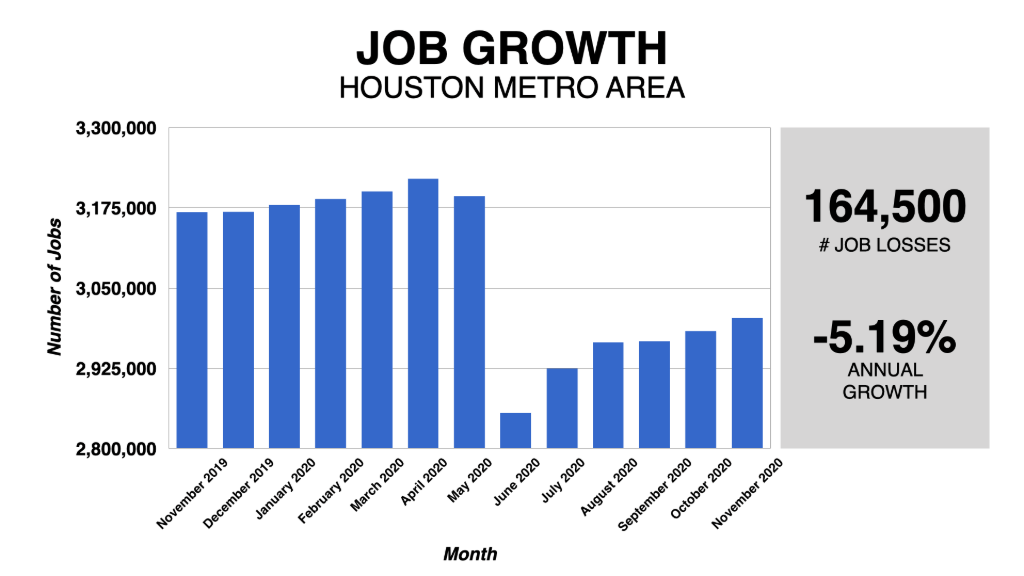 Houston is Appreciating & Rents are Rising