Is Deferring Taxes Through a 401K the Right Choice? Skip to content

Is Deferring Taxes Through a 401K the Right Choice?

Home » Learning » Is Deferring Taxes Through a 401K the Right Choice?

This is a story of one of our RealWealth members, who came in for a strategy session to get some ideas on how to reduce her taxes this year. I’ll call her “Sam,” for the purposes of this blog.

Their CPA gave them some Tax Saving suggestions that included:

– Buying more stuff to write off (computers, office supplies & furniture, etc.)
– Buying an SUV, which would be a 100% business deduction
– Contributing to a 401K or other tax-deferred retirement plan

Sam was advised to set up a Solo-401K as the best way to reduce taxes this year. A Solo 401K plan is for self-employed individuals and owner-only businesses. Under a profit-sharing contribution plan, Sam could contribute 25% of her compensation, up to $49K, to her Solo 401K retirement plan. Doing this would reduce her taxes by approximately $17K. She asked me what I thought.

We are often sold the virtues of tax-deferred retirement plans by our financial planners and CPA’s as a wealth-building and tax-saving tool. But is it the best choice? I decided to take a deeper look. What I discovered surprised me and actually helped me readjust my tax planning for this year. Remember, I’m no CPA, so please verify any of these ideas with your own tax professional!

Sam opens a Solo 401K and contributes $49K. This saves her $17K in taxes so she only pays $63K in taxes today (but remember, this is a tax-deferred account. She will pay someday!). She is left with $33K in savings.

Choice 3 – Buy a Vehicle and Equipment to Create Deductions

Since Sam’s expenses are $10K per month, she is uncomfortable with Option 3, even though it saves her the most in taxes. She wants at least 3 months reserves set aside in savings. This leaves her with Choices 1 or 2. Since she is wanting to both reduce taxes and plan for retirement, let’s take a look at how either choice would pan out 20 years from now. She is 45 now.

When Sam paid her $80K in taxes, she had $50K left in savings. She used $20K of the savings for a downpayment on a $100K investment property. This left her with $30K in reserves.

If she used all the rental income to pay down the mortgage, she would have it paid off in less than 20 years. Her $20K investment would then be worth $100K (assuming zero appreciation). Her rental income would be $10K per year (assuming no increase in rents).

If either Sam or her husband qualified as real estate professionals (please ask us for more info on this) she could deduct $3K for depreciation each year, plus approximately $3K on various expenses (About $2K in tax savings every year). After 20 years, the tax savings could be well over $42,000.

When Sam contributed $49K to her Solo 401K, she self-directed it and bought a property in the Midwest for cash. It yields $5,000 per year, which went directly back into the Solo 401K. In 20 years, she would have over $100,000 cash. In retirement, if she took out $10K per year, it would last her 10 years. Assuming a 15% tax bracket at that time, she’d also pay over $15,000 to the government for accessing those funds. This is approximately what she saved in taxes when she decided to defer it 20 years before.

Given the outrageously irresponsible money printing by our central bank, I would argue that the home values would at least double if not triple in 20 years. The average increase in property values over the past 50 years, even though 4 recessions, has been 6%. If that trend continued, the $100K home would be worth $$320K in 20 years. Rents could be expected to continue to increase 4% every year, doubling the cash flow.

It is very difficult to know what the future holds. It’s even more challenging to make decisions today that we know will affect our lives 20 years from now. With that said, Sam decided to go with Option 1. Initially, it appeared to be the least savvy choice, but after analyzing the numbers a little more closely, Sam left my office convinced that the best way she could take control of her future was by keeping her retirement in her control.

If Sam continues on this path, she could own several homes outright by the time she’s ready to retire. As a high-income earner, she would need at least 10 to replace her current income.

There are many pathways up the mountain. Which one will you choose? 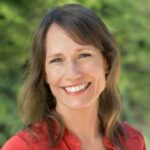